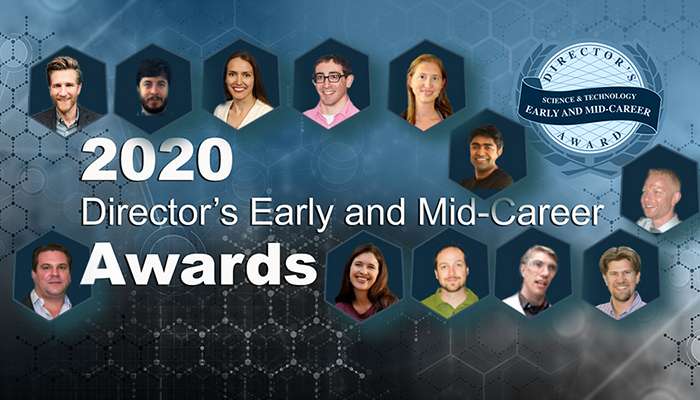 Belof is a recognized world leader in the field of non-equilibrium physics, and earlier, in supramolecular chemistry. He spearheaded the Lab’s work on time dependence in dynamic material processes, using state-of-the-art computational and experimental competencies.

“It’s an exceptional privilege and honor to work at LLNL, where so many of my professional heroes have made these big, world-changing accomplishments,” Belof said. “If one day I were to achieve half of what they have done…that would be too much to wish for.”

His progress in understanding fundamental controlling processes is already demonstrating impressive impact on the Lab’s national security missions and has grown into a significant effort within the Advanced Scientific Computing Program.

Advancements in non-equilibrium physics have benefitted greatly from unique experiments that are only possible at National Nuclear Security Administration venues such as NIF, the Joint Actinide Shock Physics Experimental Research (JASPER) facility at the Nevada National Security Site, and the Z-machine at Sandia National Laboratories coupled with simulations using exaflop computational facilities.

Moore is NIF’s lead scientist for nuclear diagnostics. He came to LLNL in 2008 as a scientist from the UK’s Atomic Weapons Establishment (AWE), joining the Lab in 2014. He received his PhD from Imperial College London in 2004.

Moore was the scientific lead for AWE in the Searchlight Radiation Transport campaign carried out at NIF. He worked with LLNL scientists and engineers to design and field the experiment as well as the DANTE 2 broadband spectrometer, a key new diagnostic tool. This was a successful campaign, with significant international impact in the field of radiation transport.

He also led a team of 10 designers and engineers from AWE and Los Alamos National Laboratory during the Supersonic Radiation Flow campaign at NIF, providing both technical leadership and mentoring to optimize the experiment to return high-quality data.

“I’m honored to have been selected to receive this award,” Moore said. “The Lab is a unique place to work and there are so many talented scientists and engineers. It’s a real privilege to work with them every day, so this recognition should really go to the great teams of people I’ve been fortunate to work with as much as it goes to me.”