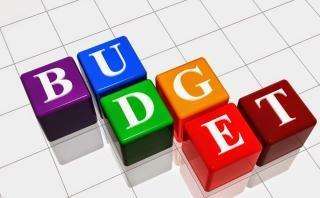 In early December 2022, the Society for Science at User Research Facilities (SSURF)  sent a statement to Ms. Shalanda Young, Director of the Office of Management and Budget and Ms. Arati Prabhakar, Director of the Office of Science and Technology Policy with themes of concern and import to the federal user facility network regarding the discussions and decisions that wil shape the federal government;s fiscal year 2024 budget.

On behalf of the Society for Science at User Research Facilities (SSURF) I write to bring to your attention a serious threat to the United States of America’s innovation enterprise, economic well-being, and national security. Federal reviews of scientific user facilities across the world confirm that without additional and sustained federal investment in domestic national scientific user facilities, our nation will fall behind other countries and relinquish long held leadership in extremely specialized and sought-after, oversubscribed, scientific infrastructure.1 To avoid this threat and to ensure U.S. international leadership, SSURF urges the Administration to fully fund our nation’s federal national scientific user facilities in President Biden’s FY 2024 budget request to Congress.

National scientific user facilities, funded and operated by the Department of Energy Office of Science, the National Science Foundation, and the Department of Commerce serve tens of thousands of U.S. scientists at universities, including HBCUs and other MSIs, industry, and non-profit research institutions across the nation.2,3,4,5 These large-scale scientific tools, including billion-dollar class federal investments, are fundamentally critical to U.S. innovation, economic wellbeing, and national security. They provide unmatched imaging, computing, observation, sensing, analytical and experimental capabilities that are irreplaceable to our nation’s researchers – resources that are not economical to replicate in large numbers.

Researchers harness the incredible powers of these scientific tools to examine materials at the atomic level and with in situ chemical fidelity to understand defects and discover new possibilities in green technologies like carbon capturing membranes and longer lasting, more powerful batteries, and how to make them more effective and less expensive. Many of the facilities are among the fastest and most productive supercomputers in the world and often include the fastest computing machine in the world, availing U.S. researchers of the incredible power of unmatched simulation, machine learning, and artificial intelligence not available to them otherwise or at great expense. U.S. scientific user facilities also monitor, compile, and broadly share unique and hard to gather climate and weather data, and other data and analysis that provide new and actionable insights about the impacts of a warming planet on the earth’s ecosystems and human populations, especially those in vulnerable locations.

Of course, these facilities allow scientists to peer into the mysteries of life and the universe, at the smallest and largest scales, enabling them to make transformational discoveries and build the foundational knowledge of technologies of the future. Discoveries made possible by U.S. national scientific user facilities have addressed and will continue to address the world’s greatest challenges – many of these discoveries have been awarded Nobel Prizes, including those presented for CRISPR-Cas9, the accelerating expansion of the universe, new insights into subatomic particles and their behavior, how genetic information stored in DNA is activated in cells, the directed evolution of enzymes and other foundational, trajectory changing discoveries. If the U.S. doesn’t provide the best technologies and most current capabilities at or national scientific user facilities, these world leading researchers must go elsewhere – Europe, South America, Japan, etc. – to conduct their research.

Fortunately, the Chips and Science Act of 2022 passed earlier this year and signed by President Biden provides a blueprint for how to adequately fund the federal scientific agencies that conceive of, build, and steward U.S. national scientific user facilities. The authorized funding levels in the bill for these agencies and the relevant accounts were developed over years of hearings, intramural and intermural debate with hundreds of stakeholders from research institutions, professional societies, industry, academia, social justice groups and Members of Congress from both sides of the aisle. The authorized levels would represent a solid and reasonable investment in the nation’s innovation leadership and national security. On behalf of SSURF, I urge you and the Administration propose funding DOE’s Office of Science, the NSF, and the Department of Commerce’s research institutes and organizations at the authorized levels in the Chips and Science Act as you finalize the President’s FY24 budget request to the Congress.

Thank you for your consideration. Please let me know if my colleagues and I can provide you with any information or answer any questions that you may have.