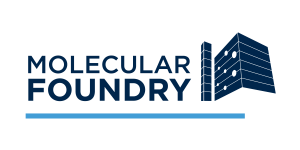 The development of an ultrathin magnet that operates at room temperature could lead to new applications in computing and electronics – such as high-density, compact spintronic memory devices – and new tools for the study of quantum physics.

The ultrathin magnet, which was recently reported in the journal Nature Communications, could make big advances in next-gen memory devices, computing, spintronics, and quantum physics.

The magnetic component of today’s memory devices is typically made of magnetic thin films. But at the atomic level, these materials are still three-dimensional – hundreds or thousands of atoms thick. For decades, researchers have searched for ways to make thinner and smaller 2D magnets and thus enable data to be stored at a much higher density.

Just a few hours of baking in a conventional lab oven transformed the mixture into a single atomic layer of zinc-oxide with a smattering of cobalt atoms sandwiched between layers of graphene.

In a final step, the graphene is burned away, leaving behind just a single atomic layer of cobalt-doped zinc-oxide.