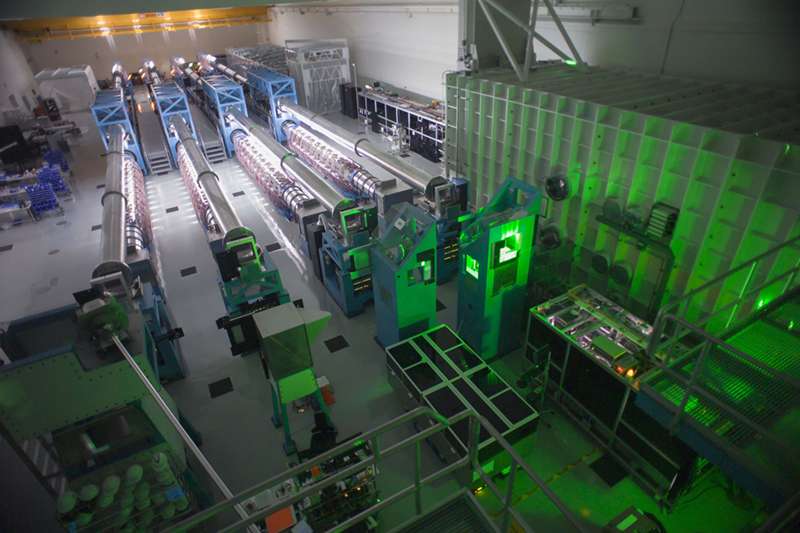 In 2018, the U.S. Department of Energy established a network of facilities operating ultra-powerful lasers, called LaserNetUS. Organized and funded through the Department’s Office of Fusion Energy Sciences (FES), the new network was created to provide vastly improved access to unique lasers for researchers, and to help restore the U.S.’s once-dominant position in high-intensity laser research. This new funding ($18 million), distributed among ten partner institutions and including $1 million for user support, will continue and expand LaserNetUS operations for three years.

“[The] LaserNetUS initiative is a shining example of a scientific community coming together to advance the frontiers of research, provide students and scientists with broad access to unique facilities and enabling technologies, and foster collaboration among researchers and networks from around the world,” says James Van Dam, DOE Associate Director of Science for Fusion Energy Sciences, “We are very excited to work with all of these outstanding institutions as partners in this initiative” he added.

The initiative includes the University of Rochester, home of the Omega Laser Facility at the Laboratory for Laser Energetics. According to LLE Director, Michael Campbell, “we are honored and excited to have one of our lasers, the four-beam high-energy and high-intensity OMEGA EP laser as part of the LaserNetUS network. We congratulate FES for the vision and continued commitment that will enable the U.S. to maintain world leading science and educate future leaders in this important field.” Six LaserNetUS user experiments have already been successfully conducted at LLE over the last 12 months. With the new funding, LLE will continue to provide the OMEGA EP laser beam time to LaserNetUS users in the next three years. LaserNetUS includes the most powerful lasers in the United States and Canada, some of which have powers approaching or exceeding a petawatt. Petawatt lasers generate light with at least a million billion watts of power, or nearly 100 times the combined output of all the world’s power plants but compressed in the briefest of bursts. These lasers fire off ultrafast pulses of light shorter than a tenth of a trillionth of a second.

All facilities in LaserNetUS operate high-intensity lasers, which have a broad range of applications in basic research, advanced manufacturing and medicine. They can recreate some of the most extreme conditions in the universe, such as those found in supernova explosions and near black holes. They can generate particle beams for high-energy physics research or intense x-ray pulses to probe matter as it evolves on ultrafast time scales. They are being used to develop new technology, such as techniques to generate intense neutron bursts to evaluate aging aircraft components or implement advanced laser-based welding. Several LaserNetUS facilities also operate high-energy longer-pulse lasers that can produce exotic and extreme states of matter like those in planetary interiors or many-times-compressed materials; they can also be used to study laser–plasma interaction, important to fusion energy programs.

The U.S. has been a pioneer in high-intensity laser technology, and was home to the research that was recognized by the 2018 Nobel Prize in Physics. The network and future upgrades to LaserNetUS facilities will provide new opportunities for U.S. and international scientists in discovery science and in the development of new technologies.