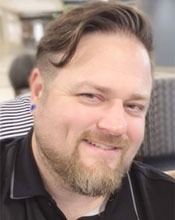 Jason received his BS in Chemistry from Arizona State University in 2001 and his Ph.D. in Chemistry in 2007 from the University of Washington working under Professor Bart Kahr where he received training in crystal optics and X-ray diffraction. In 2008, Jason began his post-doctoral studies at the University at Buffalo under the guidance of Professor Philip Coppens that involved time-resolved X-ray diffraction. Jason began his independent career in the Department of Chemistry at the University at Buffalo in 2011 and currently holds the rank of Associate Professor. Jason’s research seeks to develop advanced in situ X-ray diffraction techniques to achieve a molecular level understanding of the physical processes that occur in stimuli-responsive nanoporous materials. Jason is a co-PI of NSF’s ChemMatCARS, a world-leading beamline for advanced crystallography at the Advanced Photon Source at Argonne National Labs. Jason is a Fellow of the RSC and serves or has served, often in leadership positions, in a number of organizations including NUFO, APS SAC, WNYACS (former chair), APSUO (former chair). 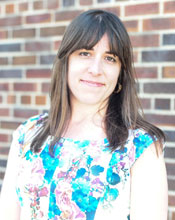 Lily Troia, MLIS, is an Account Executive with the Ex Libris Research Solutions team supporting scholarly organizations of all sizes and types in efforts to streamline digital solutions and workflows with an eye on increasing research visibility and impact. Lily has been working in the research sector as a scholarly communication and data and technology services librarian for years with previous positions at Digital Science and the Virginia Institute of Marine Science at the College of William & Mary. 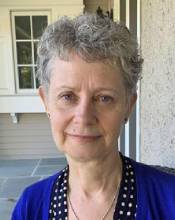 Dr. Muckelbauer is the Director of Structural Biology within the Small-Molecule Drug Discovery Group at Bristol-Myers Squibb Company. Her group focuses on the structure/function relationship of proteins; delivering 3-dimensional protein structures in complex with drug candidates using structure to guide, optimize and speed up the drug discovery process. Her group at BMS are facility users – co-running a syncrotron beam line at APS and frequent users of beam lines at NSLS-II and ALS. Prior to this work, Dr. Muckelbauer was a Principal Research Scientist at DuPont Pharmaceuticals. Her research has focused on cloning, E. coli expression and purification of soluble decay-accelerating factor; cryoelectron microscopy of coxsackievirus B3/DAF complex; and structural determination and refinement of coxsackievirus B3 to 3.5 Å resolution. Dr. Muckelbauer holds a Ph.D. in Biochemistry from Purdue University, and a B.S. Degree in Biochemistry and Biophysics from Oregon State University. She has served as Treasurer and Chair of the Industrial Macromolecular Crystallography Association, as well as a member of that Board from 2002-2015. 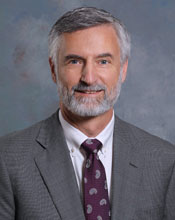 Mr. Leonard is Director of Federal Programs for the Indiana Innovation Institute. He leads capture & implementation of major federal programs by building teams across the region, state and nation. His focus is on areas of involving requirements in most need of innovative solutions. Prior to this he held research, program management, business development and line management roles at Battelle Memorial Institute. He started with Battelle in 1990 after serving in the US Army. In the last 26 years with Battelle he has held a wide range of positions ranging from Research Scientist supporting US Air Force acquisition programs, to DC based Program Manager on Battelle’s support to the post-9/11 Pentagon reconstruction, to Vice President for Battelle’s 1200 staff National Security Engineering and Software businesses. In 2012 he was selected to be Battelle’s Industry Fellow at the Eisenhower School finishing the school as a Distinguished Graduate in 2013. Following his graduation, he returned to Battelle and assumed a newly created position running the corporate Business Strategy group. As Battelle’s Vice President for Business Strategy he worked directly with Battelle’s corporate leadership to develop and manage the strategic plans governing the future direction of the company. In late 2014 Mr. Leonard was appointed President and CEO, Bluefin Robotics, a subsidiary of Battelle Memorial Institute and an MIT spinout specializing in undersea autonomous systems and batteries. He led a corporate turnaround and eventual sale of Bluefin to General Dynamics in 2016. In March of 2016 Mr. Leonard took over the newly created Battelle Ecology Business line and in April of 2016 also assumed the role of CEO for Battelle Ecology, Inc. (formerly NEON, Inc.) This business is currently focused on completing the Construction of the $450M National Ecological Observatory Network and transitioning the Observatory into Operations. Although headquartered in Boulder, CO his team includes over 600 staff spread across 21 states and Puerto Rico. 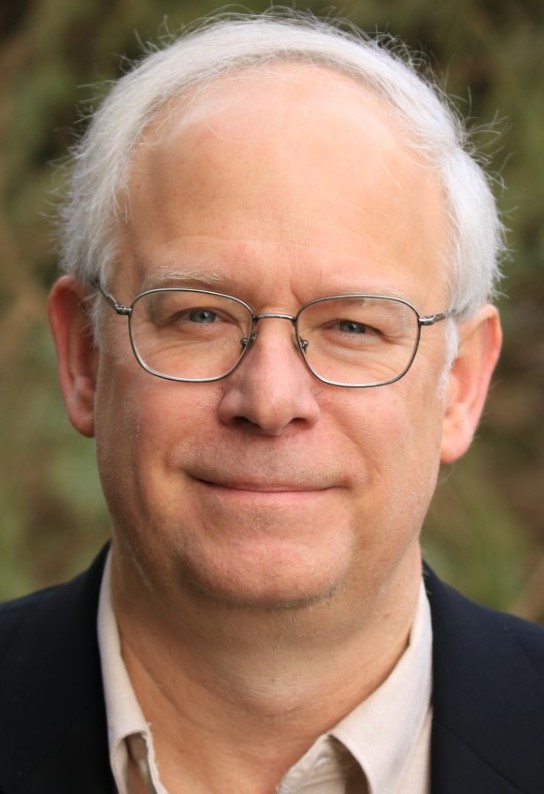 Dr. Becker is a Protein Crystallographer with the NIH-funded General Medical Sciences and Cancer Institutes Structural Biology Facility at the Advanced Photon Source (GM/CA@APS) of Argonne National Laboratory, where he is also the Lead of the GM/CA@APS User Program.  He has more than 15 years of experience at Argonne National Laboratory, and previously 9 years of experience at Brookhaven National Laboratory, where he rose to the level of Associate Biophysicist in the Biology Department and was Co-Spokesperson of NSLS beamline X25.  These positions were preceded by postdoctoral research in protein crystallography in the Department of Biological Sciences at Purdue University in West Lafayette, and at the Max Planck Institut für Biochemie in Martinsried, Germany.  He obtained his Ph.D. on picosecond laser spectroscopy in photosynthesis in the Department of Biochemistry at the University of Washington in Seattle, and obtained a B.A. with a major in Biology and a minor in Chemistry at the University of Delaware.  He has broad experience and interest in science, scientific user facilities, and outreach, with a strategic eye towards research on zoonotic and vector-borne diseases and the One Health approach to sustainability.  He is a member of the American Crystallographic Association, the American Chemical Society, the Protein Society, and the Wildlife Disease Association. 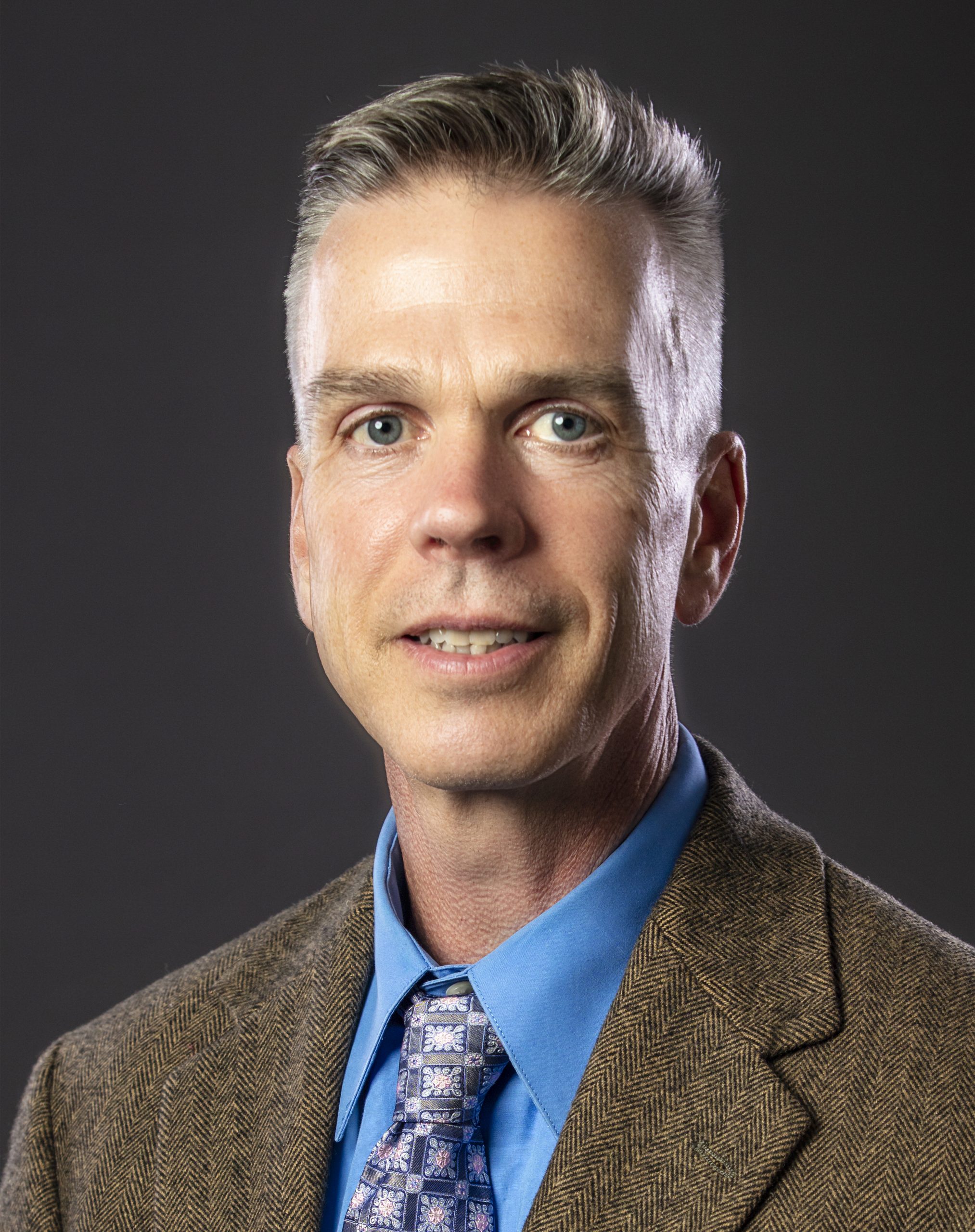 Kevin Fournier is the User Office Director at the National Ignition Facility (NIF); he is responsible for all aspects of successful fielding of cutting edge high-energy-density experiments at the facility, including soliciting and evaluating proposals for the highest scientific quality experiments, scheduling experiments to use the facility optimally, helping experimental teams design their experiments to the facility’s capabilities, managing the facility’s review process for experimental readiness, and planning strategically for new facility capability. Kevin manages all communication to the constituencies that are the major users of the facility including the National Nuclear Security Administration’s (NNSA’s) Stockpile Stewardship Program users, the international academic community that participates through the NIF’s Discovery Science program, and other federal agencies that perform experiments under the National Security Applications program. Prior to leading the User Office, Kevin ran LLNL’s National Security Applications Program (2005 – 2015) and implemented radiation effects testing plans for several DoD agencies at the NIF and elsewhere. Kevin is an experienced researcher who has led experimental campaigns and computations collaborations at facilities around the world. In his role now as part of the NIF’s Senior Management Team, Kevin provides a voice that is an advocate for best practices that enhance the users’ experience at the facility. 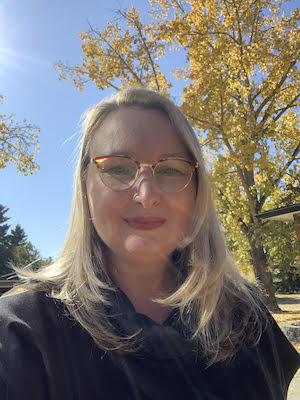 Shawna heads up Outreach & Partnerships at ORCID, building strategic relationships worldwide and exploring new opportunities for adoption and growth. Previously, Shawna was ORCID’s Engagement Manager for the Americas continuing the adoption and integration of ORCID in North, Central and South America and the Caribbean. Shawna joined ORCID in 2019 with a long history of introducing ORCID to research communities in Canada, Australia and the United States. In her spare time, Shawna can be found snowboarding, mountain biking, and trying to keep up with her quickly growing children. 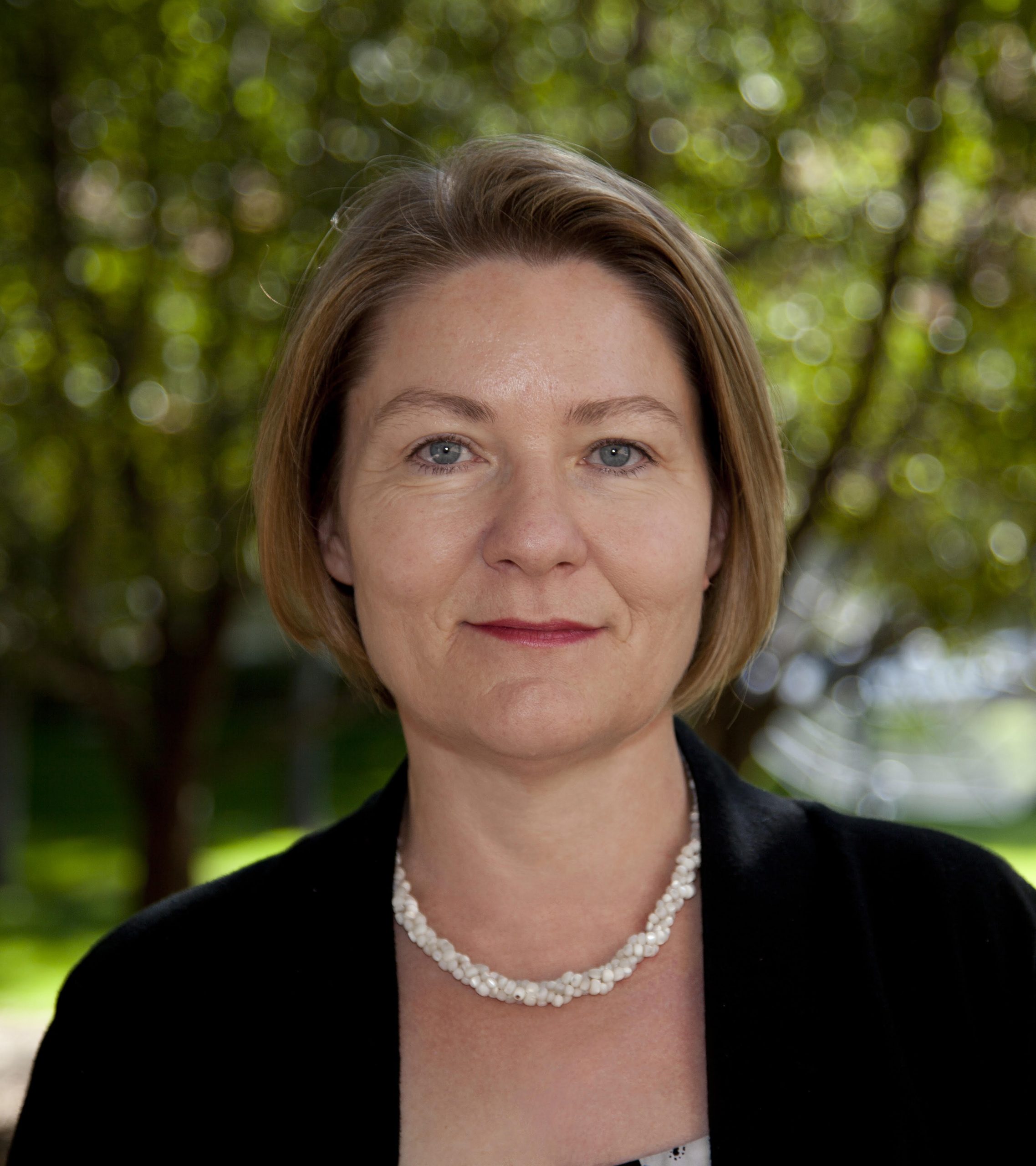 Vanda Grubišić is the Director of the Earth Observing Laboratory at the National Center for
Atmospheric Research (NCAR), an NCAR Associate Director, and an NCAR Senior Scientist.
Prior to joining NCAR in 2011, she was the Full Professor and Chair of Theoretical Meteorology
at the University of Vienna, Austria – the first woman to be appointed a full professor of any
geoscience discipline in the more than 600-year-long history of that university. Prior to that, she
was a member of the atmospheric sciences faculty at the Desert Research Institute (DRI) in
Reno, NV. Dr. Grubišić received a B.S. in Physics/Meteorology from the University of Zagreb,
Croatia in 1987, and an M.Phil. and Ph.D. in Atmospheric Sciences from Yale University in 1992
and 1995. Her area of expertise is mesoscale atmospheric dynamics. At DRI, she directed the NSF-funded Advanced Computing in Environmental Sciences (ACES), a state-wide high-performance computing initiative. As the Director of the NCAR Earth Observing Laboratory, Dr. Grubišić oversees
management and operation of a major portion of NSF’s Lower Atmosphere Observing Facilities,
and, by working collaboratively with the broad scientific community, she is responsible for
leading the formulation of strategic directions for future developments of NCAR-managed
observing systems. She is a recipient of a number of awards, including the 2003 Peter B.
Wagner Medal of Excellence from the Desert Research Institute and the 2015 Spiridion Brusina
Medal from the Croatian Society of Natural Sciences, and has served on many national and
international scientific steering committees, commissions, advisory panels, and boards,
including the National Academy of Science, Medicine and Engineering (NASEM) Board of
Atmospheric Sciences and Climate (BASC), National Science Foundation (NSF) Advisory
Committee for the Geoscience Directorate (AC/GEO), American Meteorological Society
Publication Commission, and the International Commission for Dynamic Meteorology. Dr.
Grubišić is a Fellow of the American Meteorological Society, an Honorary Member of the
Croatian Society of Natural Sciences, and a Corresponding Member of the Croatian Academy of
Science and Arts. 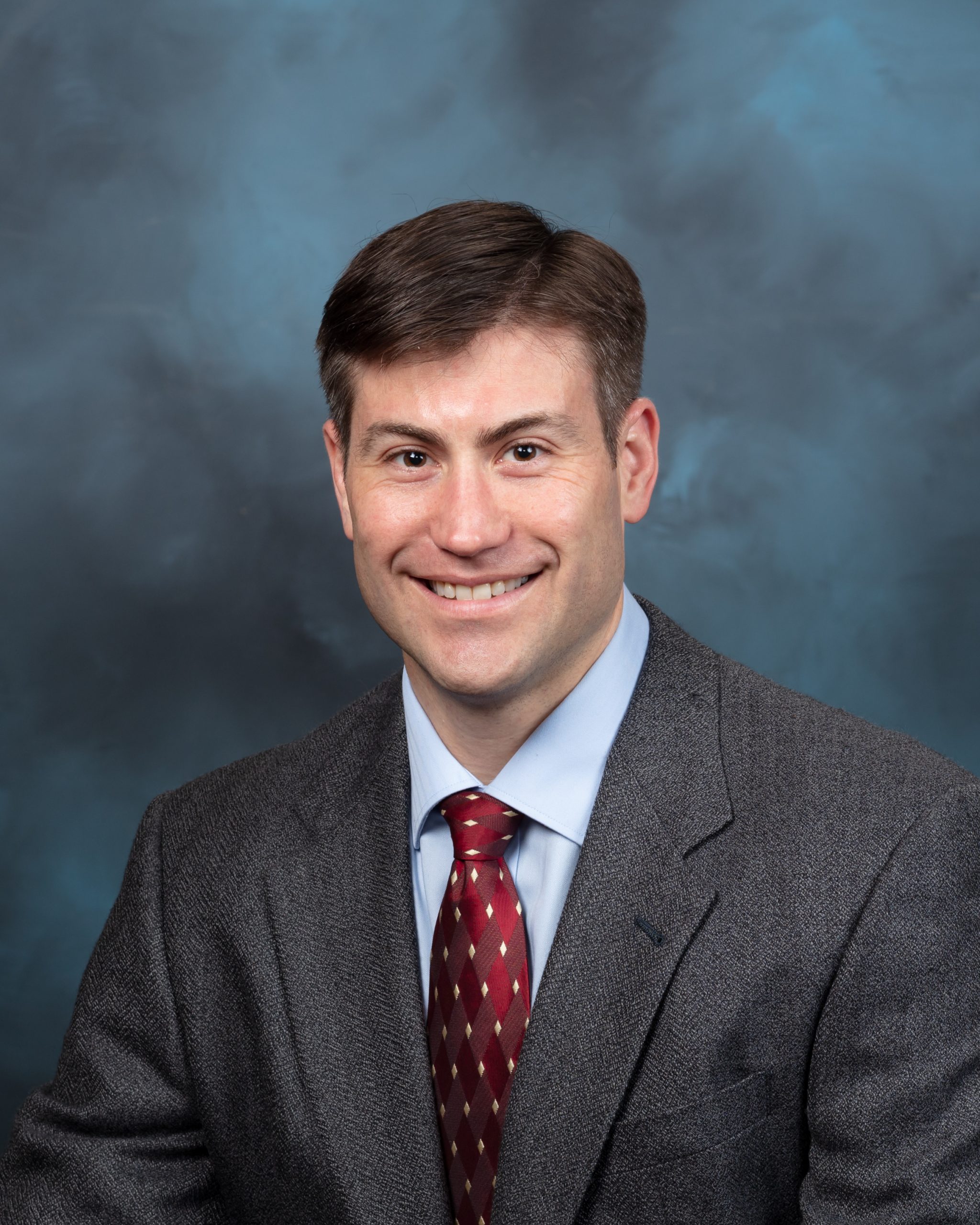 Brad Lokitz is the User Program Director and researcher at the Center for Nanophase Materials Sciences (CNMS) at Oak Ridge National Laboratory. Brad started working at ORNL in 2007 as post-doctoral researcher at the Spallation Neutron Source before joining the Macromolecular Nanomaterials Group at CNMS in 2010 as a staff scientist.  In addition to his role as a researcher, Brad has been a part of the CNMS user office since 2015 and became the User Program Director in 2018.  His experience as a research staff member, user, and user facility administrator allows him to consider the many challenges and opportunities that are inherent to user facilities from multiple perspectives. Brad received a B. S. degree in Chemistry from Millsaps College, a Ph. D. in Polymer Science and Engineering from the University of Southern Mississippi, and an MBA from the University of Tennessee. 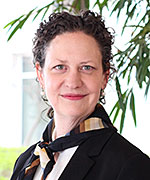 Jennifer Greenamoyer brings over 15 years experience as the former American Institute of Physics’ principal government relations liaison, working to assist AIP’s Member Societies with development and implementation of government relations initiatives. She regularly represented AIP to Congress and other policy makers to forward science policy interests and worked with the S&T community to influence policy developments and lobby for appropriations.  Jen received her MSC in Oceanography and Master of Marine Affairs from the University of Rhode Island. She began her career working for the Environmental Protection Agency helping with the development of regulations in the Office of Water and the Office of the Administrator. At EPA, she also conducted training for EPA staff on regulation development and worked on small business regulatory relief. While on Capitol Hill, Jen worked as professional staff for the House Committee on Small Business where she specialized in regulations, primarily pertaining to environmental and labor issues. Before joining AIP, Jen worked for the Sea Grant Association as Director of External Affairs where she was responsible for working to secure annual appropriations and monitoring legislative developments. 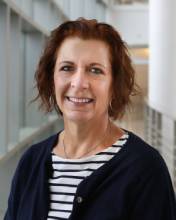 Crystal Schrof is a Senior Program Manager with Strata-G. Prior to retiring from Oak Ridge National Laboratory (ORNL), she was the Scientific and Program Services Office Manager for the Laboratory’s Neutron Sciences Directorate (NScD). That office has responsibility for the User Program for the High Flux Isotope Reactor and Spallation Neutron Source. Prior to joining NScD, she served as the Independent Oversight Manager and Associate General Counsel at ORNL. Her practice area included environmental, safety and health, export control, contracts, and national security. Crystal recently participated in the ORCiD Working Group to establish profile categories for Research Resources and Service and Membership and the changes to the Journal Article Tag Suite (JATS) standards and manuscript acceptance schema.  She is on the External Advisory Committee for NSF’s GlycoMIP User Facility at Virginia Tech. She holds a BA from Eastern Illinois University, a MA from University of Illinois – Springfield, and a JD from the University of Tennessee. She is licensed to practice law in Illinois and Tennessee.